Home is Where the HeART is 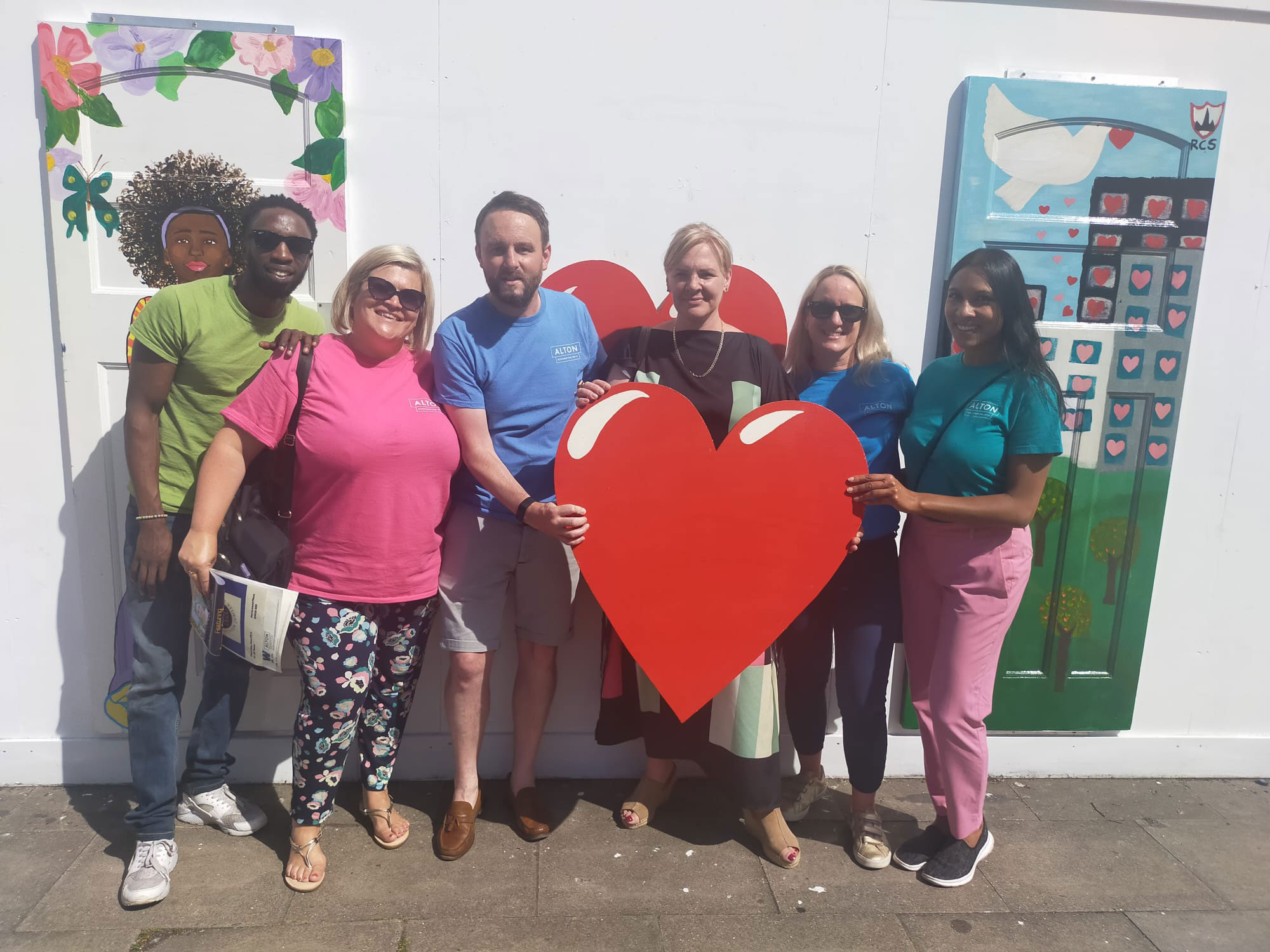 On 21st June, the Alton Regeneration Team in collaboration with local community arts group, Estate Art, launched the second exhibition at the Alton Outdoor Gallery, on the site of the former Co-op block on Danebury Avenue. Anna Singleton, the Head of Alton Regeneration, took to the mic and declared the display open on Tuesday 21st June.

"Home is Where the HeART is" is the brainchild of Lynne Capocciama, the founder of Estate Art. Lynne rescued old wooden doors from a large house renovation. Instead of the doors going to land fill, they were delivered to nearby schools and youth groups, where young people turned them into artistic masterpieces, by painting them with their interpretation of ‘home’.

Funding was received from the Council’s Art Team, as part of Wandsworth Arts Fringe, to bring the installation to fruition and to celebrate its opening.

There was a party vibe at the launch event, with summer sounds played by DJ Lance and refreshments and sweet treats provided by Waitrose. There was even an ice cream van on site, dishing 99s out to everyone!